Snowboard & Freeski: who will be the 2016 World Champion?

Since 2008, the world’s leading freeride skiers and snowboarders have fought for the World Championship titles of the Freeride World Tour (FWT). In 2016, the FWT hosts events at 5 chosen European and US ski resorts with first-class freeride terrain. 27 male and 14 female skiers as well as 14 male and 7 female snowboarders take part. 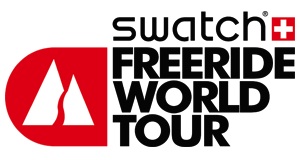