Australia’s Rhiannan Iffland returned to winning ways in record fashion at the third stop of the 2018 World Series in the Azores, Portugal, blowing her rivals away with the highest ever total score in the women’s competition. The two-time and reigning women’s champion also scored a perfect 10 direct from the rocks on her way to victory.

In the men’s, a fascinating final saw Steven LoBue sneak past his fellow American David Colturi, who had earlier posted the highest score for an individual men’s dive, with the final dive of the day to secure his second victory in a row. 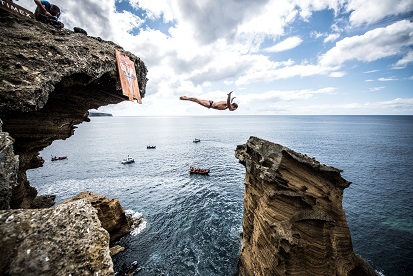